This is a slightly different post type from my usual, but when I was in Wales recently I had a lot of free time which I used catching up on my ‘to watch’ list on Netflix and watching a lot of things I had put off for a while! However I have definitely found some new favorites and thought I would share them.

According to IMDb: This is the film version of the Pulitzer and Tony Award winning musical about Bohemians in the East Village of New York City struggling with life, love and AIDS, and the impacts they have on America. 7/10

This. film. is. amazing. It’s about a group of friends in New York in the 1990’s during the AIDS epidemic. It features songs from the original musical which are so good, although many of them aren’t very catchy (except Seasons of Love), they are woven into the film very well and assist with the storytelling. My favourite is defo La Vie Boheme, the song and whole scene is just flawless and shows how ‘millennial culture’ really hasn’t changed much in the last almost 30 years! This story is so powerful, educational, passionate and just all round brilliant. I would recommend it to anyone who wants to watch something meaningful, rather than something to just pass some time.

According to IMDb: U.K. gay activists work to help miners during their lengthy strike of the National Union of Mineworkers in the summer of 1984. 7.8/10

If it was up to me, the rating for this would be 10/10. In the last 2 weeks I’ve watched this film 3 times and I’m still not sick of it, I ADORE IT. It’s about the British mining strikes of the 80’s under Thatcher. This was also when gay rights were being highly protested, and a London Gay Rights group join forces with a group of Welsh miners to… change the world? Honesty, just watch the film and fall in love with it. What makes this even better is that it’s an entirely true story!

According to IMDb: A young girl risks everything to prevent a powerful, multinational company from kidnapping her best friend – a fascinating beast named Okja. 7.4/10 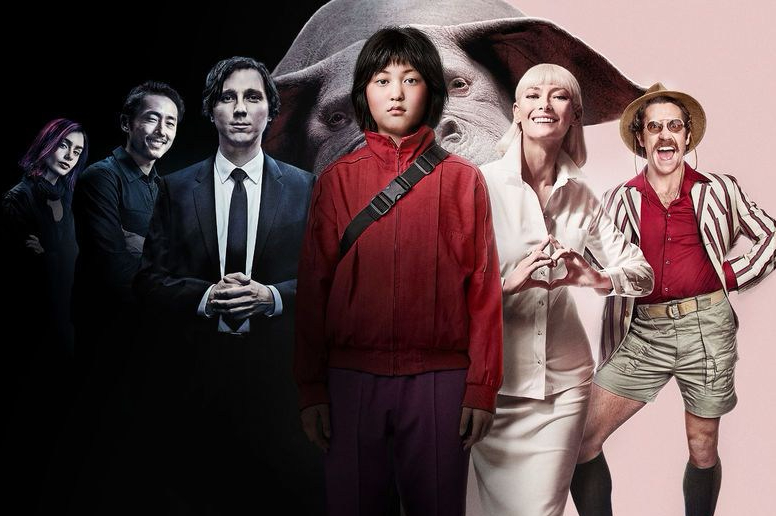 I’m not actually sure what to say about this film as I just think everyone should watch it and make their own conclusions! It was a lovely film watching experience, with beautiful visuals and subtitles for the Korean speech.  It has an unnerving dystopian feel which haunts the film, and the subject matter. The storyline tore my heart to pieces slowly, and then all at once. This is a story that everyone should know about and remember.

According to IMDb: Hundreds of years from now, surviving humans discover how to send consciousness back through time, into people of the 21st century, while attempting to save humanity from a terrible future. 8.1/10

This is a series, rather than a film. I’m only about 4 episodes in so far but I’m really enjoying it! It is about time travel, but done in a pretty unique way and is such an interesting story to follow. It is a little confusing but I still really like it. The characters are likeable and diverse, the cinematography is well done and the episodes are a good length for retaining interest. I also enjoy the subtle vegan element to it!

At the time of posting all of these can be viewed on Netflix UK! I have also linked the trailers for each in their title if you’re interested. Let me know if you watch any of them or have seen them already!

6 thoughts on “What I’ve been watching recently”