When I’m travelling I love to try new things, and on my recent trip to France I decided to travel overland by train rather than flying! I got the Eurostar from St Pancras to Paris and then the fast train to Bordeaux the next day. This left me with about 22 hours in Paris: one night at a hostel and some time to explore…

Paris is my favourite city in Europe so obviously this opportunity wasn’t going to be wasted; it also ticked ‘visit Paris alone’ off my travel bucket list!

I arrived into Gare Du Nord at around 3pm on Wednesday and headed down to the metro. I bought my ticket (billet) and found my platform without too much confusion! I then got the metro out to Denfert- Rochereau which was the nearest station to my hostel (navigating the Paris metro system at peak time with a huge backpack isn’t a fun experience…) I walked the maze of streets to my hostel and checked in with no problems:) I had about 10 minutes to settle in before the roommate from hell arrived! In order to keep this post positive I won’t say too much about this but she was super rude and made the whole night a really awkward and uncomfortable experience… luckily on the plus side this meant I spent as much time as possible out of the hostel!

After unpacking and charging my phone a bit I walked to Raw Cakes, a little vegan restaurant I’d found on Google that was quite near the hostel. I had a burger, chips, a fresh juice and a raw cake as part of an evening deal which was really nice. I then walked around the area a bit, subconsciously navigating towards Tour Montparnasse. I wasn’t planning on going up but when I saw the evening light I decided to treat myself and headed to the top. This was such a good decision as it is my favourite Paris experience and standing on top of the 59th floor by myself watching Paris light up around me was an experience I won’t forget soon. It definitely reminded me how magical travel is.

I stayed on the tower until after 9pm and then got the metro back to my hostel, had a quick shower and went to sleep.

I was up early in the morning and after a basic complimentary breakfast I was checked out of the hostel and on the move by 8:30am!

I got back on the Metro (backpack in tow) and headed across the city to my all time favourite building, Notre Dame. It never fails to take my breath away and I couldn’t help smiling as I approached it. I spent some time taking in the view, tourist watching and (obviously) making a wish on the Point-Zero star! I also headed across the Seine to see one of my favourite sights in Paris, the Shakespeare and Co bookstore! It was too early to be open when I was there but if you are ever in Paris then I would 100% recommend a visit. I then started walking west down the Seine, zigzagging across the pretty bridges whenever something caught my eye. My favourite way to see Paris is definitely on foot, having the freedom to stop whenever you like to see something or explore a little side road. I stopped in a small square just back from the river to have some more breakfast and enjoyed the cliche of pulling my baguette out of my bag to eat. 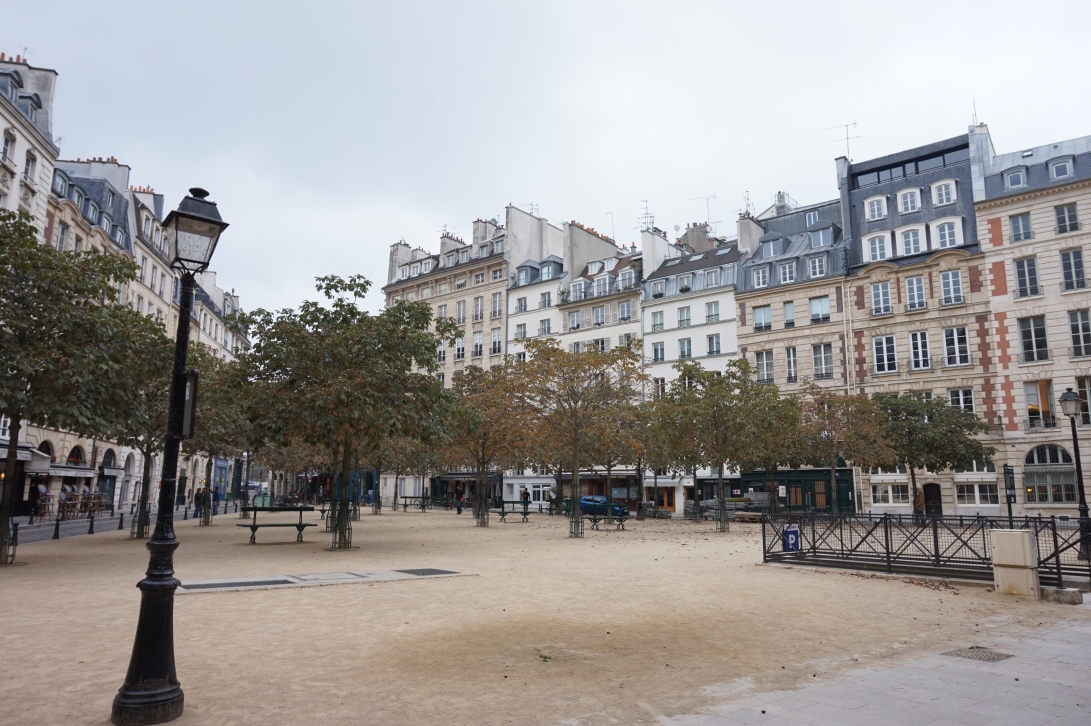 I kept heading the same direction, going past the Louvre art gallery and through the Jardin des Tuileries. At this point the sky was starting to look very dark and gloomy, although it provided a nice contract to the gold detailing around the Grand Palais and Pont Alexandre III. From here you can see both Les Invalides and the Eiffel Tower beautifully, although the top of the tower was obscured by low cloud. 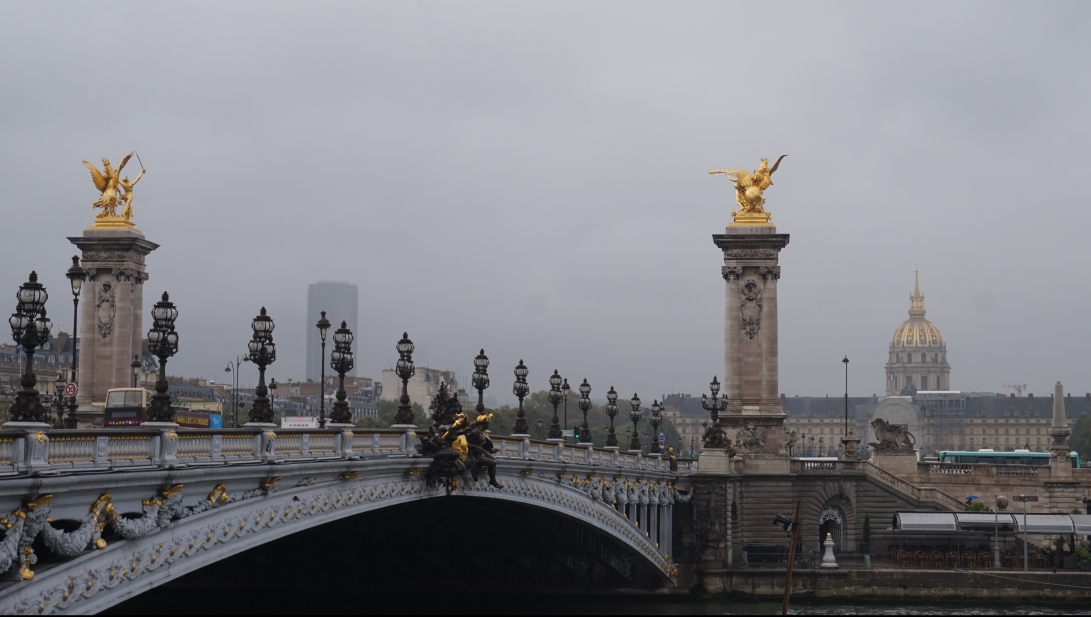 I’ve managed to keep it on the downlow on here so far, but I am a massive Hamilton fan and decided to try and find a monument to Lafayette. It started POURING rain at this point so I sheltered under a tree to put my (bright orange) rain cover on my backpack and use my phone. After a short Google I found one nearby and navigated towards it, singing Guns and Ships to myself as I went! I took some pictures and sent a snapchat to another Hamilton-obsessed friend then set off to find a metro to get back to Gare Montparnasse. 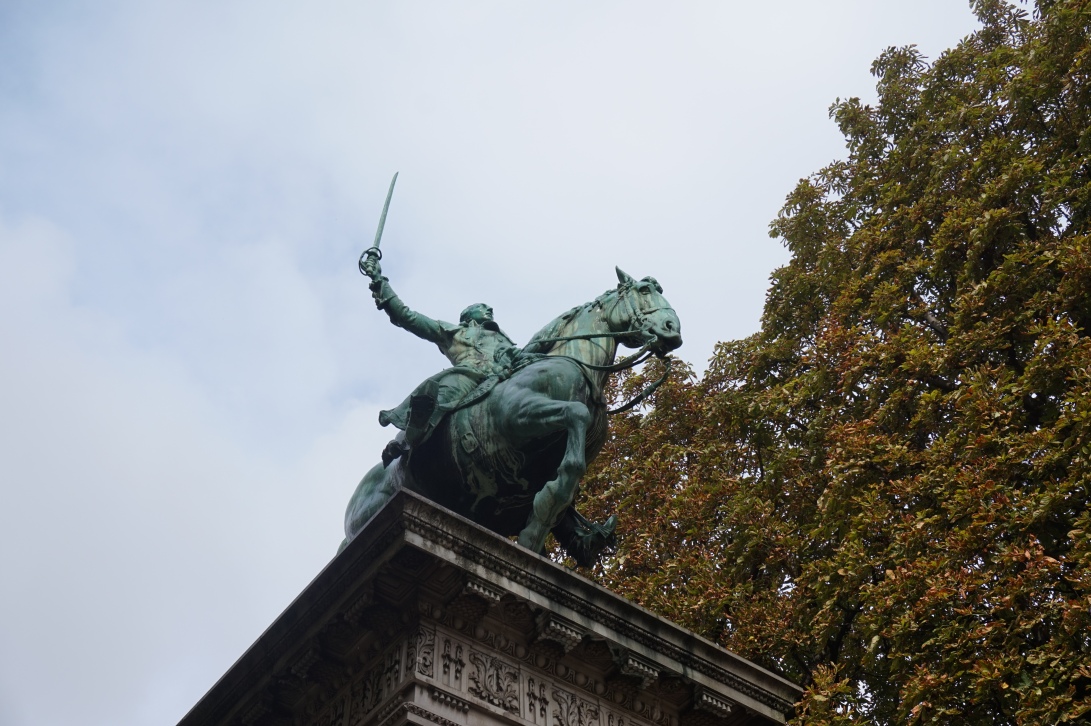 The metro was much emptier this time which made for a much easier ride with my backpack! At Gare Montparnasse I bought myself some snacks for lunch (it was around 12pm at this point) and walked the 10,000,000 miles to hall 3 where my train was departing from. I found my seat very easily and settled in for the journey, waving goodbye to Paris out my window as we left…

Have you been to Paris? Where are your must-see spots?